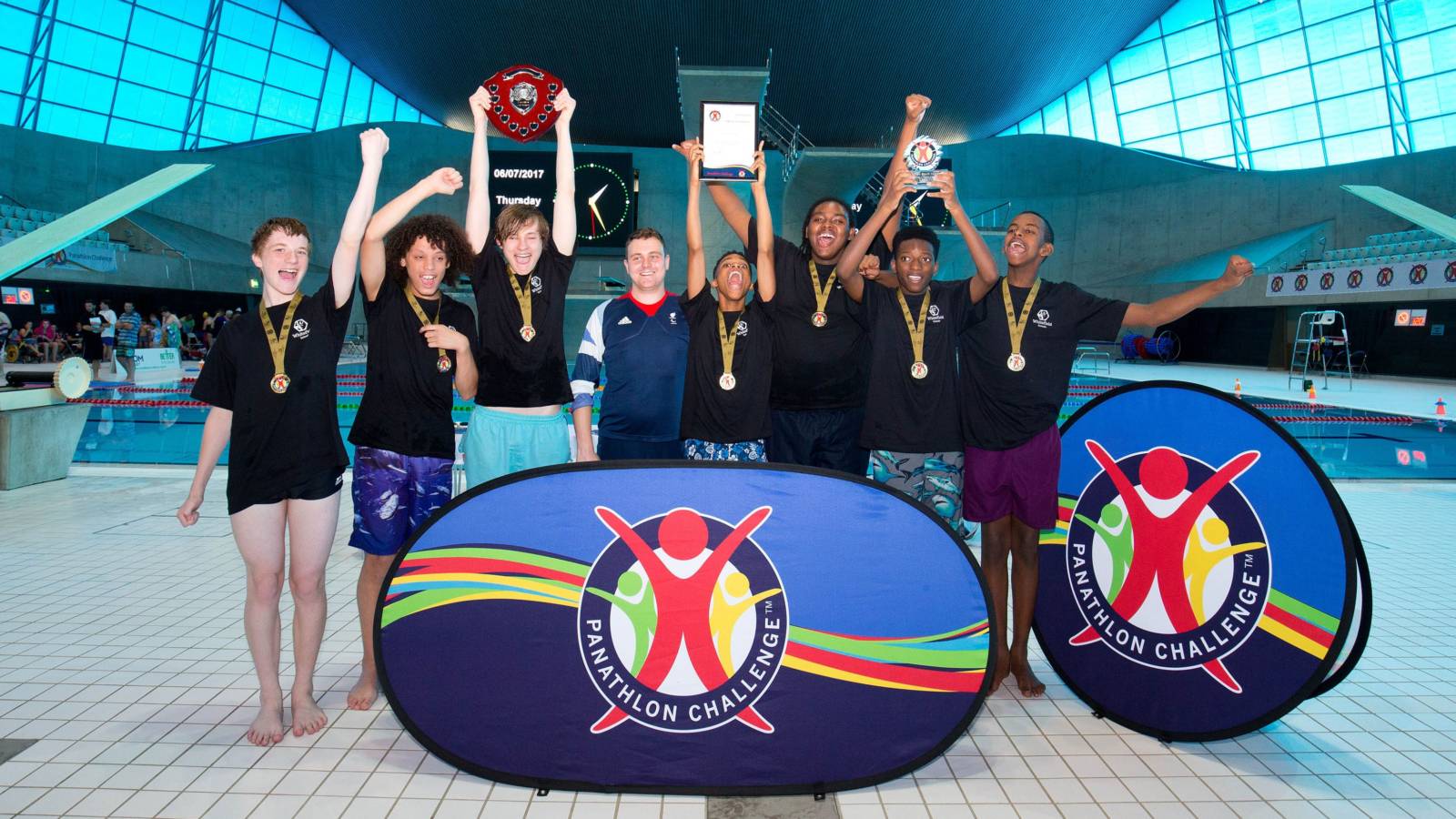 Whitefield Schools, from Waltham Forest in east London, were crowned South of England champions at the Aquatics Centre at the Queen Elizabeth II Olympic Park.

The students, who have a mixture of autism and behavioural difficulties, amassed 77 points to lift the trophy, with Priory School from Bury St Edmunds – winners for the past two years – 10 points shy of retaining their title. Fitzwaryn School, from Wantage in Oxfordshire, finished in third.

Whitefield’s dominance amounted to seven race wins out of 10, with Priory winning two and Fitzwaryn one. 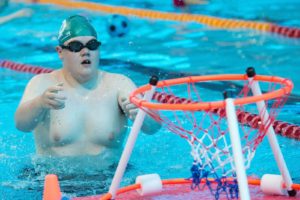 “They have trained so hard for this,” said Whitefield PE teacher Maria Papazoglou. “It’s an opportunity of a lifetime for them and they have seized it.

“Some of them don’t get the opportunity to compete in public because of their behaviour and other issues. They are on the autistic spectrum and their level of understanding is low. They don’t often know what people are asking of them and they sometimes feel like they’re failing, so this is so important.”

Mrs Papazoglou competed in the Greek weightlifting team at the Sydney Olympics, and says her students have taught her about the value of competing in team sports. She operates a yellow and red card system at school, rewarding the best-behaved students with a place on the Panathlon team.

Whitefield pupil Jayden Josiah, 14, said: “Last time I came here I was very nervous but this time the team have made me more confident. This makes me feel like I’ve achieved something real.”

Although disappointed to have missed out on a third successive victory in the event, Priory School had a fantastic day, said Mikey Wade, who last week won Panathlon’s Suffolk ‘Highly Commended’ award. He added: “I love always trying my best. I am really excited to be here. I’m going to put my medal in my drawer at home.” 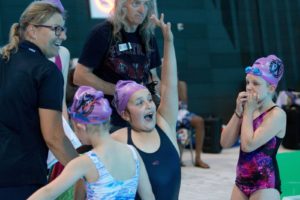 There was a lovely moment after the races finished when 10-year-old Tabitha Low of the Henlow CofE Academy team, Bedfordshire, strode up and shook the hands of the (considerably bigger!) winning Whitefield team.

“I really like swimming and I love being here,” she said. “I’d give it a 10 out of 10! I I’ve put all my medals in a special box that my godmother gave me when I was christened. I’m so happy!”

Tabitha’s teacher, Alison Day, reflected: “I didn’t believe we’d ever be somewhere like this. To see the children so happy and enjoying themselves representing the school somewhere like this… it’s breath-taking. I’m lost for words. What an experience for them. They’re showing they can be just like everybody else and show off their talent.”

Addington School, Wokingham, who finished fourth, were late arriving and one pupil, Luke, dashed straight from the bus into the pool to compete in the first race. 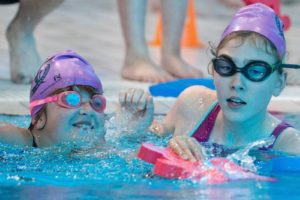 John Malone, Addington’s PE teacher, said: “We got here just in the nick of time! It’s a great opportunity to come out and compete against other schools and for it to be here is sensational.”

He added: “Everyone’s been looking forward to this for weeks. It’s unbelievable just to be in this fantastic place where their heroes have been – it’s amazing for them. They get a real sense of achievement and its effect on their self-esteem is so huge.”

As if the sight of the gigantic Olympic and Paralympic venue wasn’t inspiring enough, early arrivers at the pool were greeted with the sight of Tom Daley practising on the diving boards – plunging spectacularly into the pool and leaving barely more ripples than a pebble.

Another medallist was also present on the day to officiate and hand out medals and trophies: Sam Hynd, the Beijing S8 400m freestyle Paralympic champion, was making his first visit to the Aquatics Centre since winning bronze there at London 2012. He admitted coming back into the stadium gave him “tingles” and he looked wistfully at Lane 4, where he’d lined up in the final. 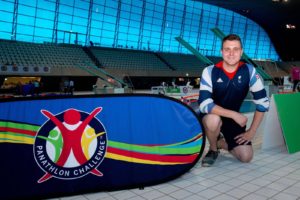 “I can’t think of any better circumstances to come back here. It brought it all back, the noise and the atmosphere of 2012,” he said.

“These kids are very lucky to have these opportunities. I never had any of this when I was younger; I had to join an able-bodied swimming club and make the best of it that I could. This sort of inclusive, high-profile event is just priceless for these children.”

Owen, from John Watson School in Oxfordshire, who finished sixth, said: “I loved being with all my friends today and seeing my dad and grandpa cheering me from up in the seats. I’m not really a big sporty kind of guy but Panathlon gets me active.” 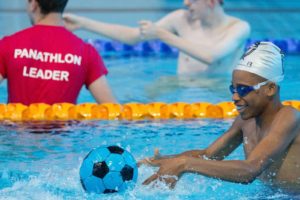 The day’s Young Leaders were provided by Sir Herbert Leon Academy in Milton Keynes. One of them, 17-year-old Joshua Ash, said: “It’s a fantastic opportunity to come to places like this that I wouldn’t normally experience. It helps me communicate with all different types of people including those with disabilities. It’s really helpful and rewarding to be involved in something like this.” 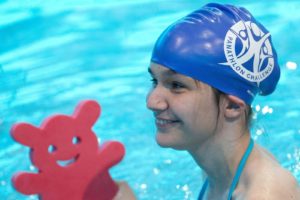