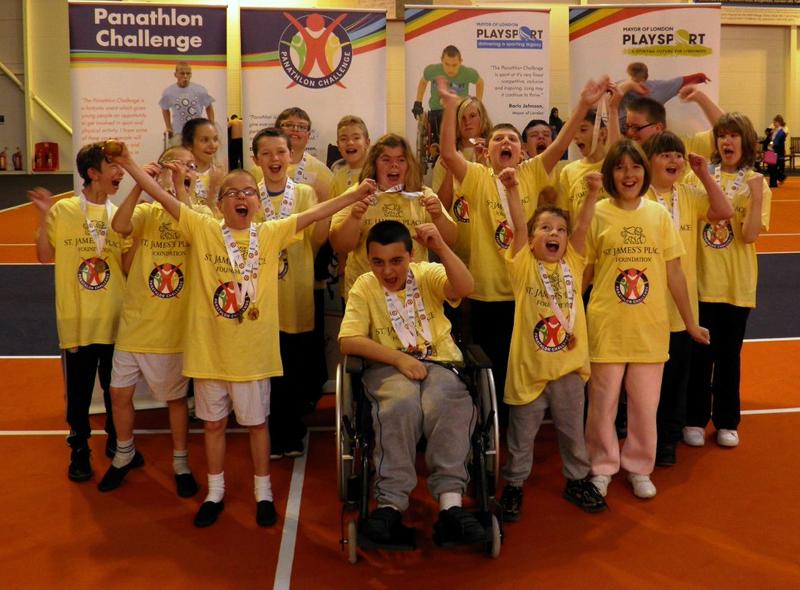 5 schools from across Swindon and Wiltshire took part in the Panathlon Final today (October 12th) which were, Brimble Hill, Uplands, Crowdys Hill, St Nicholas and Rowdeford  In a very close competition, Crowdys Hill won with 50 points, winning the Boccia and both athletics field and races, from St Nicholas in 2nd with 44 (who won Polybat and Kurling) and Brimble Hill & Uplands on 42 pts who were victorious in Tabel Cricket.The New Generation centre in Swindon was the venue for the 2nd year of Panathlon in this part of the world and we hope to come back in 2012.

Panathlon has now delivered 3 days of events in Swindon in the last week, with a pre competition training day at St Nicholas School in Chippenham yesterday to coach Key Stage 3, 4 & 5 students. The majority of these students took part in Panathlon today. The Training day involved coaching sessions in New Age Kurling, Boccia & Precision Beanbag with a number of different groups attending.

17 young leaders from Greendown Community College were trained by Panathlon on October 5th and then went on to officiate the competiion on 12th October.

Many thanks to both St. James’s Place Foundation and Zurich Community Trust who supported different aspects of this programme throughout the year