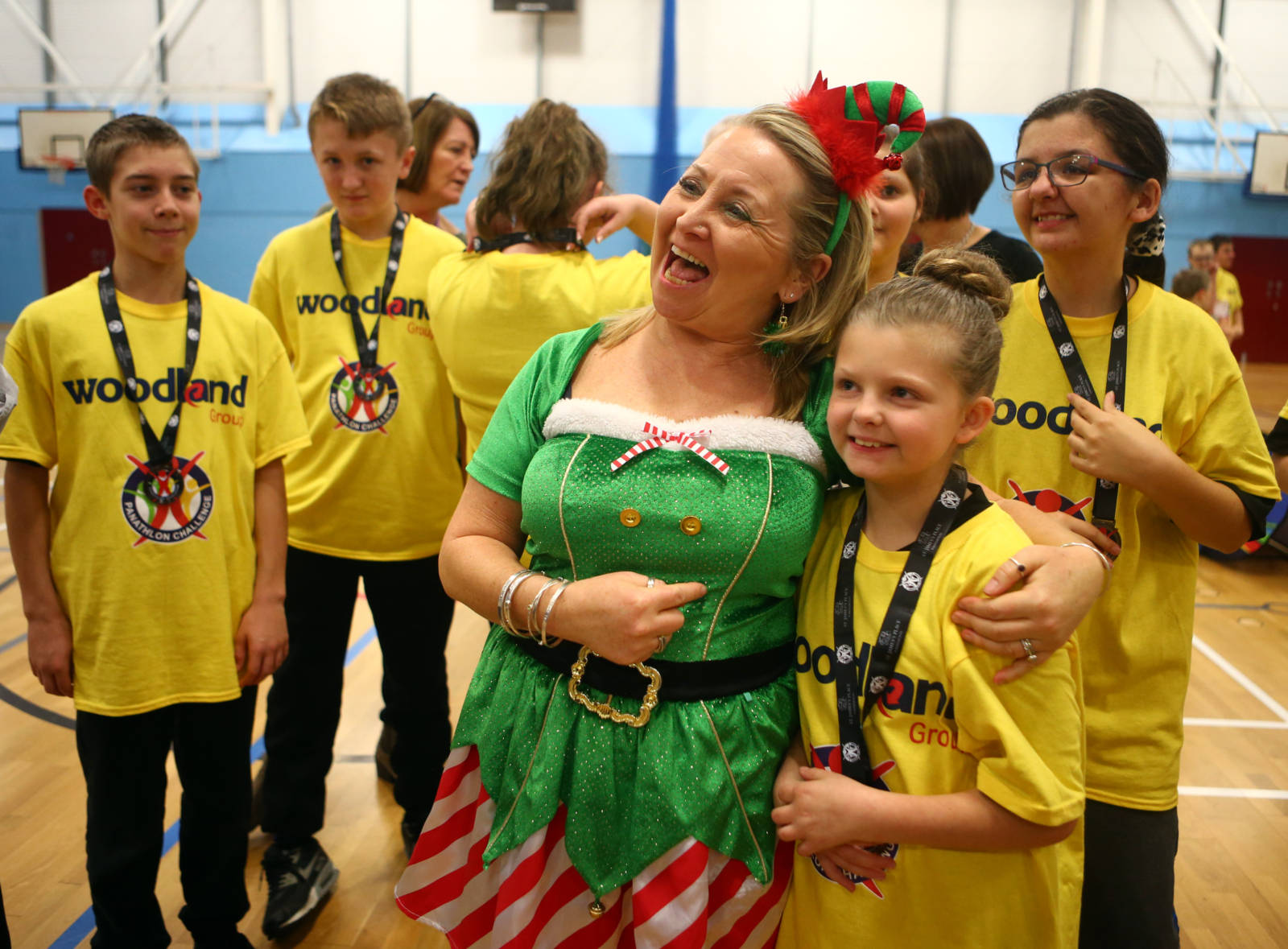 Staff from the Woodland Group enjoyed an early taste of Christmas cheer as they helped make the Essex Primary Panathlon a resounding success.

Volunteers from the company’s office in Chelmsford said they were feeling full of the festive spirit after ten teams battled for the county title at the town’s Columbus School and College.

“This is an amazing event,” said Woodland Group’s Claire Fry, in her first year with the company and helping out at a Panathlon event for the very first time. “I’m so glad I’m here. The kids are all enjoying it, and you couldn’t ask for anything better.”

Woodland Group have suppored Panathlon since 2011, and look forward to their association continuing.

“It started off small and we’ve seen it grow over the years,” said John Stubbings, group director, whose own children have been involved in previous events as young leaders. “To see the smiles on the kids’ faces – and they’re all so competitive, they all want to go home as the winners, which is lovely. The opportunities they get through Panathlon are fantastic.” 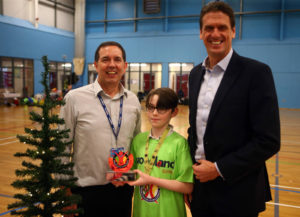 “We love our sport,” added CEO Kevin Stevens. “This is really part of the company now.”

The ten teams tried out all kinds of sporting activities – testing out their football dribbling skills and basketball hoop-shooting as well as a New Age Kurling and the ever-popular parachute popcorn.

Beth McLauchlan first attended a Panathlon event as a 16-year-old student on work experience –  and described that day as “the most amazing thing I’ve ever done”. Now as head of PE she brought a group of children from John Ray School in Braintree to compete.

“Previously there hasn’t been that opportunity there for [children with special educational needs],” she said. “As soon as I heard about Panathlon being here today, I said that my guys have got to do this. They’ve had an amazing time.”

Panathlon were also pleased to welcome back 16-year-old Ethan-Beau Howes as a helper after he won last year’s Jack Petchey Outstanding Achievement Award. The Doucecroft School pupil praised the day as “really good and lots of fun”.

21-year-old Freya Levy, a Great Britain wheelchair basketball athlete from Rochford, Essex, has been involved with Panathlon for four years as an inspirational figurehead for the children – and is now on board as a coach.

“Everyone wants to compete – disabled or not, these kids want to compete,” she said. “The fact that we can do that with them is awesome.” 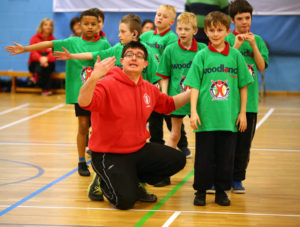 She took up basketball as a 14-year-old after her diagnosis with muscular dystrophy – and hopes that sport will continue to be her career and her passion so that she can help more children appreciate the fun of competition.

The eventual winners were Beckers Green School of Braintree, captained by a Year 6 pupil, who proudly led his team up to collect their gold medals and commemorative glass trophy.

“I was so pleased – we have asked him to come out with us before and he’s not quite made it on to the bus,” said his teacher Sue Brown. “To come on the bus, get here today, and captain the winning team – that’s absolutely brilliant. I’m so chuffed. We have just as much fun as well – this is the best job to have in the world.”

To see a full collection of photos – go to the gallery here.